It is the time to invest in the UK 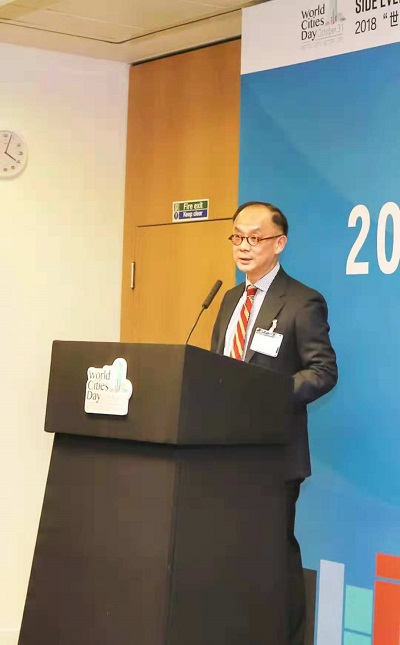 Liu Xiaoming, Chinese ambassador to the UK, has spared no effort to stress on various occasions that China is willing to work with UK to hold high the banner of supporting economic globalization, trade liberalization and investment facilitation, and jointly build a world economy that is innovative, dynamic, connected and inclusive since his inauguration. The Chinese side is also willing to work together with the British side on the basis of mutual respect and equal treatment, continuously deepen trade and investment cooperation, and contribute more"golden achievements" to the"golden age" of SinoBritish relations, and better benefit the two countries and two peoples.

China's investment in the UK is soaring

UK is the most favored European country by Chinese investors, and China is now one of its major investors. British media has made an analysis of Chinese investment in UK over the years from 2013 to 2015, and found that during these two years, the total investment had soared from $17.8bn to $29.2bn, with an $11.4bn increase (see chart below).

The amount of investment in different sectors is ranked from high to low as following:

How to invest in UK（Regions）

London, a global financial center, is also the world's largest multi-national banking center, as well as the offshore RMB trading center in the West. London Stock Exchange is the most internationalized stock exchange in the world, with about 3000 listed companies from more than 70 countries. Once listed in London Stock Exchange, the company will be eligible to enter the largest pool of international equity assets anywhere. In addition, the launching of“Shanghai-London Stock Connect” will provide a convenient channel and platform for more Chinese enterprises to invest in UK and vice versa.

Meanwhile, in achieving a balanced development between London and the southeast of the country, UK is currently rebalancing its economy to improve its overall economic strength, and Chinese companies may contribute in this regards.

Investment opportunities outside London are emerging. The Northern Powerhouse program, centered with Manchester, the second-largest city in UK, provides new opportunities for cooperation between China and UK.

The Northern Powerhouse is the birthplace of the British Industrial Revolution which covers Manchester, Leeds, Newcastle, Liverpool, Sheffield and other famous cities and accounts for 19 % of Britain's GDP. Today, it is still a gathering place for many world-famous brands and cutting-edge researches. The government of UK is also committed to supporting the growth of Northern Powerhouse and will spend more than 200 billion pounds in the future on the development of medical care, schools and transportation in the region.

The Midlands Engine is an excellent manufacturing center gathering many of the most innovative and inspiring British companies, such as Rolls Royce and Jaguar Land Rover, the largest single-export company to China. After acquiring an old automobile company in Birmingham, Shanghai Automobile Group has been spending largely on its R & D projects in UK. Geely group, the holding company of the London Taxi Company, is making efforts in creating a new generation of iconic taxis for London, as well as in providing different types of vehicles with low-carbon emission for the midlands.

In Scotland, there are many world-class universities and big cities, such as Glasgow and Edinburgh. Aberdeen, a city in Scotland and also the city of oil and gas in Europe, has attracted CNOOC, Sinopec and PetroChina to invest in a long run. In addition, Scotland export whisky and high-quality smoked salmon are even more popular worldwide.

Globally, Scotland is a leader in renewable energy resources. By far, the State Development & Investment Corporation of China has invested 1.7 billion yuan in the construction of offshore wind power projects in Scottish waters. We believe that China can invest more to the renewable energy sector in the UK.

In the past few years, companies from all over the world have chosen Wales as the optimal place to invest to expand their business, which has resulted in a record of number of investment companies in Wales. For instance, Tsinghua Tongfang (THTF), one of China's leading TV manufacturers, has set up its European production headquarters in South Wales.

In contrast with other European countries, Northern Ireland is much better in attracting overseas investment in IT, financial services, pharmaceutical products and creative industries. Northern Ireland is playing an increasingly important role in the development of China-UK relations, due to which, China set up a consulate general in Belfast in 2015.

How to invest in UK（industries）

In the food industry, Bright Food (Group) of China bought a controlling stake in Weetabix, making China the most profitable foreign market for its grain products.

Medicare and health is another potential industry in investment. The fields of traditional Chinese medicine, genomics and medical equipment will be a huge market for Chinese enterprises to develop new generations of medicare and health products by combining with UK's expertise and R & D capabilities in this aspect.

Opportunities in real estate and infrastructure have attracted Chinese investors to actively participate in the key renovation projects in northern cities that are closely tied with the proposed upgrading of the High Speed Railway Phase 2 (HS2) in UK. Chinese enterprises involved in such investment include Vanke, Wanda, Greenland, Fosun, CITIC Construction Group and Hua Bin Group.

In the field of information and communication technology (ICT), Huawei has set up three R & D bases in Cambridge, Ipswich and Bristol respectively; while Tencent invests in Sensewhere, a Scottish software company. For other Chinese enterprises, it is also a good opportunity to invest in the R & D centers in UK to make full utilization of the cutting-edge technologies being developed.

Moreover, UK is also the world's third largest e-commerce market after China and the United States, and the average online time of British consumers has exceeded that of any other country. Chinese brands invested in UK will enjoy the unique conditions to enter the high-end markets in UK as well as in Europe.

All industries, regions and markets in UK are open to Chinese investment. Though there might be obstacles in some specific areas, Shanghai Foreign Investment Promotion Center is willing to provide necessary support in analysis and suggestions to Shanghai enterprises before they spend time and energy on investment projects. We suggest that Shanghai enterprises, if they are interested in investing in the UK, come to"European Department" or the"Small and Mediumsized Enterprises Department" of Shanghai Investment Promotion Center, and our team will provide them with positive and effective advices on where and which fields in UK are suitable for investment. Upon further request, the Center can also work together with the Commercial Counsellor's Office of the British Consulate-general in Shanghai and/or other specialized advisory bodies to provide necessary support for the enterprise.

Prospect of Investment in UK

With the upgrade of China-UK relations from the"Golden age" to the"Diamond age", we will see more Chinese investment flowing into UK - both in investment amount and in the quantity of investment projects. These investments will not be confined to infrastructure. More and more investment will go into service sectors, including setting up European headquarters in UK, establishing joint ventures or launching project cooperation with the leading UK manufacturing industries, and investing in R & D projects and innovation projects.