Shiseido to build the third world innovation center in Shanghai 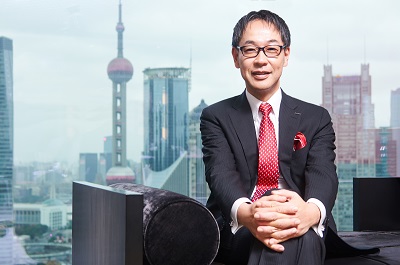 Kentaro Fujiwara, executive director of Shiseido, general representative of Shiseido (China) and general manager of the Shiseido (China) Investment Co., Ltd., who had worked in Germany, France, South Korea, and was sent to Shanghai, China in 2015. If he has nothing to do on weekends, he will hung out everywhere. Shanghai changes too fast, and he often finds new business districts, new department stores, and new cosmetics brands. He felt that Shanghai, China have developed so rapidly and he"had never experienced in the past."

According to the reports, Shiseido plans to build the world's third R&D center in Shanghai in 2019, prepare to step up the pace of the Chinese economy and grow with the Chinese market. 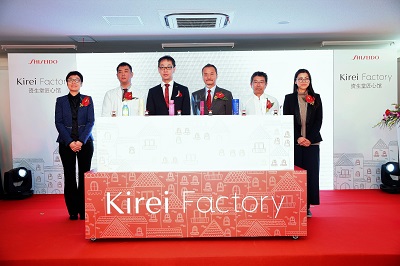 The relationship between Shiseido and China began in Beijing. In 1981, nine foreignrelated places, such as Beijing Friendship Store and Beijing Hotel, began to sell 60 kinds of Shiseido cosmetics, soaps and toothbrushes.

“We have two factories and two research institutes.” Kentaro Fujiwara is satisfied with the existing scale of Shiseido in China. 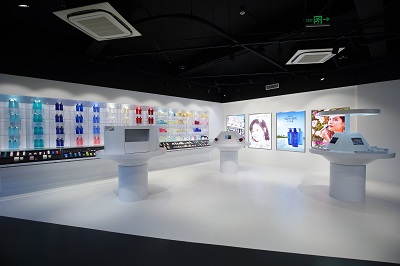 Shiseido has formed a brand group in China. For example, in addition to SHISEIDO, Cléde Peau Beauté, ANESSA, ELIXIR and other imported brands, the AUPRES from 1994, the Urara for the Shiseido cosmetics store from 2006, the PURE & MILD, are all brands developed by Shiseido for Chinese women.

“Shiseido has been established in China for a long time, and many brands are very popular among Chinese consumers.” Kentaro Fujiwara said the Aupres brand was honored to be the designated sunscreen product for the Chinese athletes in the Olympic Games. In the 2010 Shanghai World Expo, Shiseido is the only Japanese company sponsor and designed a limited perfume with the theme of Shanghai’s city flower michelia.

"When Shiseido came to China, and the beginning of the business is to bring convenience and high quality to everyone, and make contribute to the beauty of women." Kentaro Fujiwara is used to shopping on weekends and feels that Shanghai is the one of the fastest growing cities in the world.“China is upgrading its consumption, and cosmetics become an aspect of a large range of increase in consumption.” He pointed out that“the growth rate of high-end cosmetics in China is very high, and the market growth rate exceeds twenty percent. Shiseido can exceed this growth rate, and even double, so we have implemented a highend cosmetics priority strategy, and plans to introduce some cosmetic brands that have not been sold in China in the future.” He believes that the consumption upgrade is also reflected in the service, Shiseido set up care room in the department store and make consumers have noble and luxurious experience.

Shiseido also gained inspiration from the growth model of the Chinese market.“In the business of the cross-border e-commerce, China accounts for 23%, the United States accounts for 15%, Japan accounts for only 4%. We need to work hard in the integration of online and offline.” Kentaro Fujiwara introduced that Shiseido set up an“Ingenuity Pavilion” in the factory of Shanghai in February of this year. The pavilion was set up to display Shiseido's history, culture and various commodities, as well as exchange areas for consumers and companies to communicate in depth.

Shiseido is a company that integrates production and retail."Our investment on infrastructure has not been very recent,"

Kentaro Fujiwara thanked Chinese suppliers and partners for their support and assistance in all aspects. He also confessed that Chinese companies in the industrial chain has also learned a lot from mutual cooperation. For example, the Chinese local companies, which have been included in the Shiseido supply chain, driven to reach the international level owing to the Shiseido attaches great importance to quality. Now the products of the Chinese-funded company can already be exported to Japan.

Shiseido also promotes the upgrade of Chinese retail terminals. Kentaro Fujiwara said that Shiseido and the retail terminal discussed new modes and management methods of the store, how to receive customers and how to improve their services, and gave a set of measures. After these terminals were connected to the Shiseido system, they grew significantly and expanded the scale of sales.“There is an e-commerce business agent who started cooperation with us from 2011. After six years, its sales volume have increased 100 times.”

Shiseido will launch an electronic screen in the retail channel, and consumers can self-purchase some cross-border goods, which have not launched in China, in order to expand contact with Chinese consumers.

Be open and inclusive, the Shanghai government offered convenience to the development of companies

Shiseido's companies and institutions, which were based in Shanghai, such as Shanghai CITIC Cosmetics Co., Ltd., were established in 1998, can actually launched in cities such as Guangzhou and Suzhou.

“Shanghai’s governments at all levels have given us strong support. Shanghai is very open and inclusive to foreign companies.” Kentaro Fujiwara introduced the filing system for non-special-purpose cosmetics.“Shiseido is the first batch of companies to enjoy the convenience of the filing system." The filing system reduced the declaration process for cosmetics, and the procedures of entering the customs were greatly reduced by two months.

He thanked the Shanghai and Pudong new area’s governments for making a series of improvements in listening and communicating with foreign companies in order to provide a better environment for foreign-invested enterprises. It was a large reform of the government."We feel that government officers are constantly working hard, including the reduction of procedures and so on. The government is doing its best to bring dividends and benefits to the companies, and constantly improve the business environment for the companies, that’s why so many foreign-funded enterprises gathered in Shanghai."

Kentaro Fujiwara believeed that Shanghai is China's innovation center. It was the first one to open up and lead the trend. Shanghai was very suitable for Shiseido's development, innovation and going global."Shanghai is a source center for the Chinese market. We also hope that Shiseido will spread from Shanghai to the whole China and the world.” Kentaro Fujiwara announced that Shiseido will build a global R&D center in Shanghai in 2019. It is the third global innovation center of Shiseido after Japan and the United States.‍‍‍‍‍‍‍