The reason why foreigners like Shanghai: “Most attractive” and “most secure”. 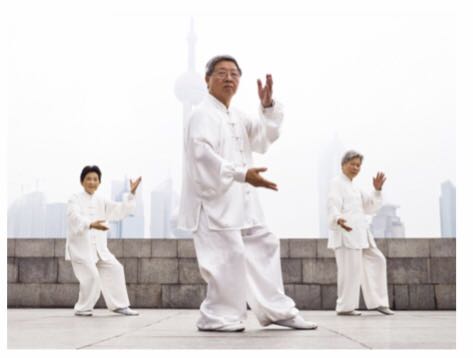 According to the data provided by Xinhua News Agency on October 12, 2018, more than 200,000 foreigners now live in Shanghai. Xinhua News Agency said that in the past 40 years of reform and opening up, foreign-funded enterprises have been important participants, witnesses, contributors and beneficiaries of Shanghai's social and economic development.

How much do foreigners and foreign enterprises love Shanghai? Another data can answer the question very well: Shanghai ranked first for six consecutive years in the selection of“Charming China - the most attractive Chinese city in the eyes of foreign talents".

The most attractive Chinese city

In the latest selection, the top ten cities are Shanghai, Beijing, Hefei, Qingdao, Shenzhen, Hangzhou, Suzhou, Chengdu, Nanjing and Guangzhou. This is the sixth time in a row that Shanghai has won the championship.

Why is it Shanghai that won the sixth consecutive title? According to analysis, Shanghai, as an international metropolis, has advanced management concepts, good social order, diversified and inclusive culture and superior geographical position, attracting more and more foreign high-level talents to settle down and develop their business in Shanghai. In addition, since Shanghai has set the objective to build itself as an excellent“Global City”, the introduction of relevant talent policies and the promotion of talent system will create a"magnetic attraction effect” for the cutting-edge talents on the world, and will form a talent peak based on the existing talent highland.

The most secure Chinese city‍

People can only enjoy working when they have safe housing, which means social security is part of the business environment. The following set of statistics shows how safe Shanghai is: since the beginning of this year, the number of criminal cases solved in the city has increased by nearly 10 % year on year and the number of criminal cases reported dropped by 22.6 % year on year, which reflect a good trend of“higher detection rate and lower crime rate", according to a report published by Shanghai Law Journal on October 29, 2018. Since 2015, the homicide cases in this city have remained 100 % solved for four consecutive years. In addition, the score of public safety assessment has been maintained at a high level since Shanghai began to build the“Safe Expo” in 2010.

Now let’s take the entry and exit of people and goods as another example. Starting from September 1 of this 2018 year, the heads of ships engaged in international voyage (including small ships to and from Hong Kong and Macao) or their entry-exit agencies can declare information on ships and crew members through“a single window” of the international trade system or through the online entryexit service platform of the police system. Except for the entry and exit documents and temporary entry permit applications for crew members, the frontier inspection authorities will no longer accept paper declaration documents such as the General declaration of ships engaged in international voyage, the crew member list, the passenger manifest and so on, and the above information will no longer be included in the ship archives. In short, Shanghai's entry and exit service are more convenient now.

“Foreigners” are possessed by the“Magic capital”

"Even buying steamed stuffed buns is through an orderly queue","Respecting the rules of the game and abiding by the spirit of the contract","Walking on the road at 12 o'clock in the middle of the night is not a worry” and“Enjoy the fallen leaves of plane trees piled up on both sides of streets in autumn”... Shanghai is so charming that all"foreigners” are possessed by the"Magic capital”.

A fine fowl perches only on a fine tree. Shanghai, which is“the most attractive” and“the most secure” city, has become one of the first choices for foreign investors, foreigners and foreign talents. According to data from the Shanghai Municipal Bureau of Foreign Experts Affairs, there are more than 150,000 returned students working and starting businesses in Shanghai, ranking first in the country. The number of foreigners working in Shanghai is 215,000, accounting for 23.7 % of the country and ranking first in the country.

According to Shanghai media, by the end of March this 2018 year, Shanghai had issued the Confirmation Letter for High-level Foreign Talents for 100 foreigners, ranking first in the country. Those high-level talents are invited to work in Shanghai by universities, research institutes and foreign research and development centers. A total of 52 foreign experts are awarded the“Friendship Award” by the Chinese government and 1145 are selected into the national“One Thousand People Program” in Shanghai, those numbers are among the highest in the country.

Ho Kwok Wai Andy said he enjoys the climate, food and infrastructure in Shanghai, and likes Shanghai people."Since coming to Shanghai, I am happier than before. In the past two or three decades, I have lived in many places, such as the United States, Canada, Hong Kong, Guangzhou and Beijing. Although every city has its own characteristics, life in Shanghai is really happy”.

“Shanghai changes at an extremely high tempo that I am learning every day”, Steve Vermant said. The fulfillment and sense of accomplishment brought about by this is also one of the reasons why he fell in love with Shanghai.

In the past 40 years of reform and opening up, foreign-funded enterprises have been important participants, witnesses, contributors and beneficiaries of Shanghai's social and economic development. As of November,2018 Shanghai has introduced 665 regional headquarters of multinational companies, including 85 regional headquarters in Asia Pacific, 360 investment companies and 440 research and development centers. To sum it up, Shanghai is attracting foreign companies, foreign businessmen, foreigners and foreign talents in Shanghai and is growing up together with them.‍