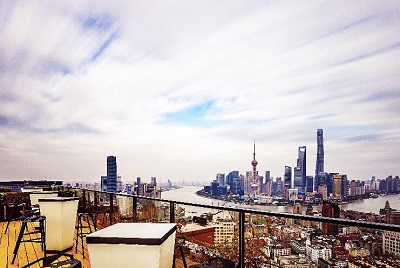 This issue is published just in the mid-summer of July.

July is the month in which the Party was founded. It is a month to commemorate and a moment for paying tribute to the Party. Therefore this issue of our magazine is prepared with the theme of presenting the Party's achievements.

Activities of commemoration and dedication have been and will be held throughout this year as it marks the 40th anniversary of China’s reform and opening up. Everybody shall spare no effort to"carry the reform further to its ultimate triumph".

In the first few months of the year, the leaders of the Shanghai Municipal Commission of Commerce and the leaders of the Shanghai Foreign Investment Facilitation Center have rolled up their sleeves and worked with added energy in doing extensive investigations by visiting the enterprises and market entities in person and listening to their voices in order to better understand their needs so as to make an accurate assessment of the industrial upgrading pace and to streamline administration for consumption upgrading.

The 2018 Shanghai Business Work Conference held on March 7 and the 2018 Shanghai Business Briefing Conference held on March 14 clearly set the tune that Shanghai will accelerate the building of a new system for an open economy by offering better services, taking innovative supervision measures and preventing risks so as to create a legal, efficient and internationalized business environment; Based on the"Shanghai shopping" brand, the city will strengthen its institutional supply, platform supply and content supply, and encourage the support for new business models and new formats.

With the focus on emerging changes in circulation supply and demand, and on the new concept of“Open Development”, the"Common Concerns" column of this issue invites Starbucks to introduce its new retail model of the baking workshops, invites the vice president of SIBFI of SHUFE to share his view on the new dynamics and new models of foreign enterprises in Shanghai, and invites the foreign investment department of the Shanghai Municipal Commission of Commerce to introduce the favorable policies for the transformation and development of mortar business, all of which are under the theme of"The Updates in Urban Consumption in Shanghai".

Shanghai is aiming to build itself as an excellent“Global City” and the economic, financial, trading, shipping, scientific and technological innovation center of the world. To achieve those targets, both high-quality talents and powerful HR services are required. The“Investment Index” column of this issue indicates that sales of HR services in Shanghai have exceeded 400 billion Yuan. HR service industry in Shanghai has been in a leading position in China by taking market-oriented approach to respond to the needs of international human resources.

The" Voice of Shanghai" column of this issue invites Shanghai Bank to explain the role and function that the banking industry has been playing in the two-way investment activities; it invites Su Ping, member of the Standing Committee of Baoshan District Committee and deputy head of the district, to illustrate what opportunities the Cruise Port will bring to the regional industrial chain.

FedEx is the largest courier delivery services company in the United States. It has been 34 years since its first office was established in Shanghai, during which the number of employees have increased from 3 to 3,000 along with its fast development. The column of“Investment File” of this issue picks several historical fragments and tells the story about this company and Shanghai.

The honored guest of our"SIPP Circle of Friends" in this issue is Sun Qing, the chief representative of the Shanghai office of the Welsh Government of the United Kingdom. She tells us that the cooperation between Wales and Shanghai has reached a new height.

China’s“Belt and Road Initiative”  has addressed the attention of the United Nations Industrial Development Organization (UNIDO) who is willing to work with China to build a network that benefits all countries along the road. The organization provides us the“road map” in the International Vision of this issue.

Today half a year has passed and in the days that follow, nobody shall be a slacker in the pursuit of our long-term goals despite the hot and sweaty weather.

We will make tireless efforts to do better and other greatarticles is to be released in the next issue!