Hui Inkstick: An Odyssey of Soot and Glue

Inksticks are a type of solid ink used as pigment in traditional Chinese calligraphy and brush painting. To make ink, the inkstick is ground against an inkstone with a small quantity of water, and the dark liquid thus generated is then applied with an ink brush. The invention of inksticks is inseparable from the unique writing habits in traditional China. Together with the ink brush, inkstone and Xuan paper, these four writing implements form the “Four Treasures of the Study”. 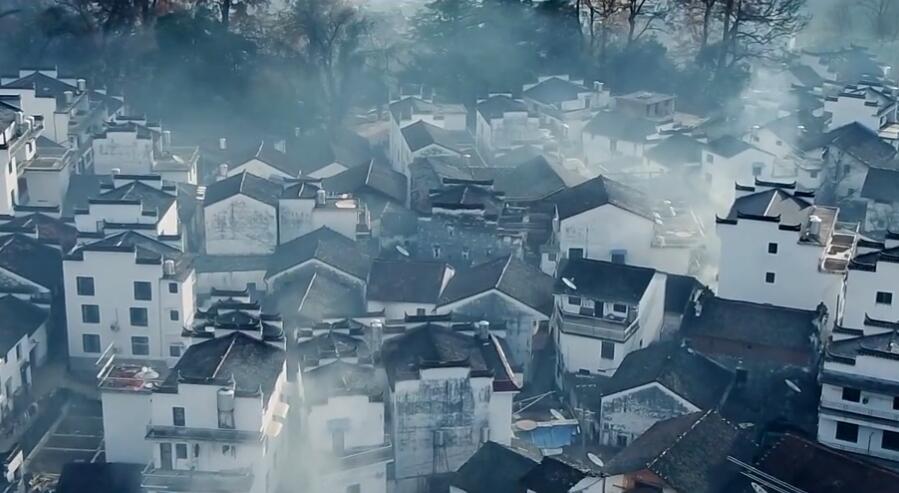 The “Hui inkstick” is the most famous inkstick in China. It was invented by master ink maker Xi Chao during the Southern Tang Dynasty (937-975). At the time, he moved southward from his hometown Hebei to Shexian County of Huizhou, and used local aged pines to produce inksticks, which “shine lik ebony, never soak the paper, and endure after applied”. Emperor Li Yu of the Southern Tang greatly treasured the inksticks Xi Chao made, and as a reward gave him the imperial surname “Li”. As a result, the inksticks made by the Li family in Huizhou became celebrated throughout the country, with its reputation best reflected by the saying, “It’s easy to get a piece of gold, but difficult to obtain a Li inkstick.” After that, group after group of ink makers travelled to Huizhou to study the techniques behind the Li inkstick, making the prefecture the center of ink making in China. 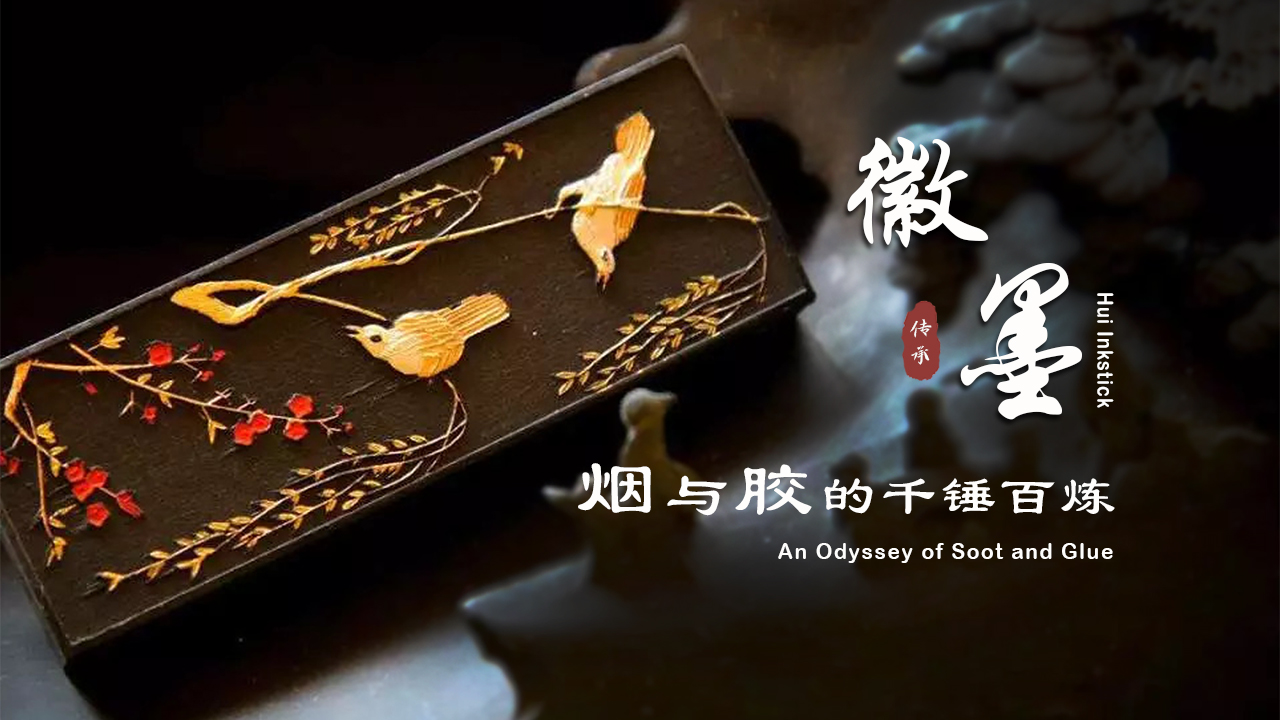 In ancient times, people would say “Good inksticks are to scholars what good horse are to generals.” The conventional ink making is pure handicraft. It takes at least an entire year of painstaking effort, including hundreds and thousands of hammering and striking of the ink paste, to make just one Hui inkstick. Hence there is the saying, “Hui inkstick is precious as gold”. The Hui inkstick's production is laborious and sophisticated. It taxes the brains as well as brawn. 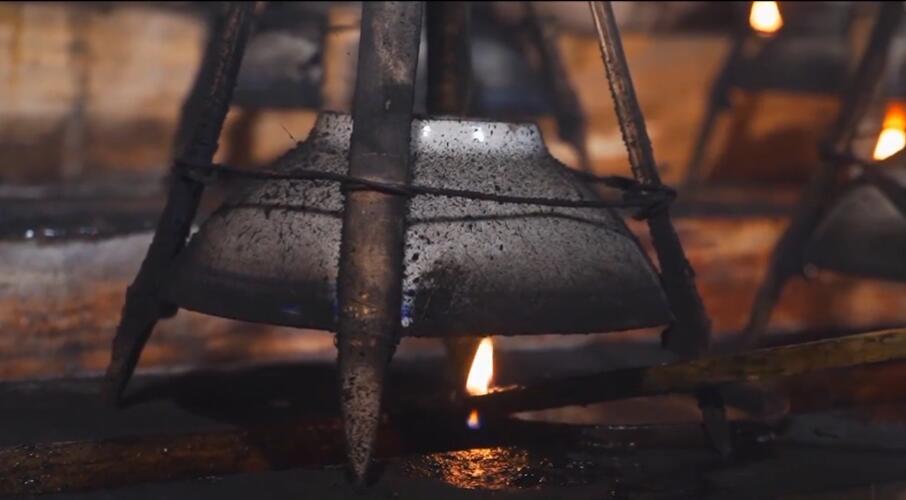 Typical production of the Hui inkstick begins with producing soot. The craftsmen light tung oil with a lit rush, or burn peeled pine wood, placing a porcelain bowl above. The smoke from the fire fumigates the inverted bowl, and forms a layer of soot, which is the basic material for ink making. The craftsmen wait for the bowl to cool before collecting the soot. Only a very small amount can be produced each year. The Hui inkstick's production follows a fastidious formula. The craftsmen usually add musk, borneol, pearl powder and other materials to the soot. To make an inkstick that is “hard as jade, and silent while grinding”, it needs to go through a boiling process. Craftsmen usually boil cowhide or animal bones into jelly-like glues and poured it into the raw ingredients, stirring the mixture into ink paste. The thousands of times of pounding and striking with mallet transforrms the ink paste's physical properties.This is necessary for it to finally turn into rocklike inkstick. 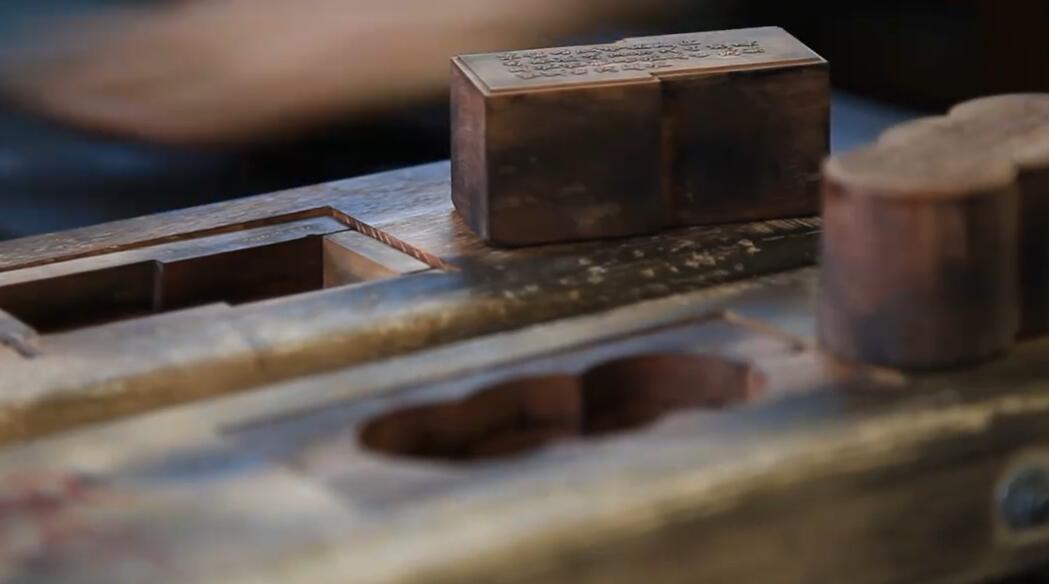 The ink molds, used to print patterns onto the inksticks, are meticulously carved. The carvings include landscape, characters, flowers and birds, and calligraphy. A good mold has to be impressive both techinically and artistically. Craftsmen squeeze the ink paste into cylindrical sticks before pressing them against carved molds. After the sticks fully cool down, they are taken out and the patterns on the molds are printed. 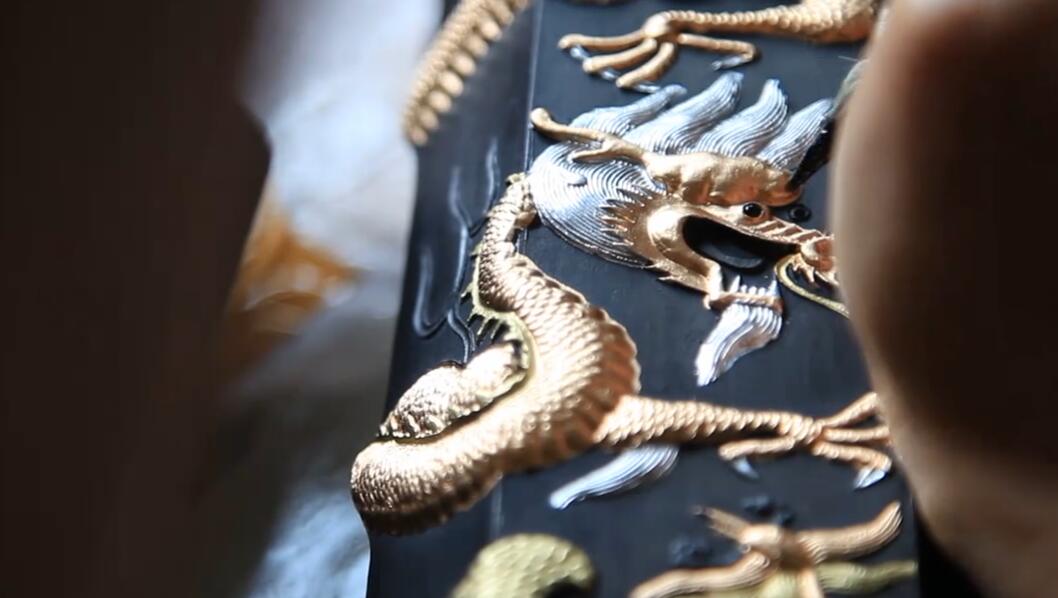 The airing of the inksticks requires tremendous patience, as it takes at least six months before they dry naturally. When the inksticks are 30 percent dry, the craftsmen would take them for trimming to flatten the bristles and remove the blemishes. After the airing is over, and before the inksticks are delivered to the market, the craftsmen paint their patterns and texts with pigment to accentuate the beautiful appearance. This is called “gilding”, a crowning finish to the whole process.

Light though it is, the Hui inkstick contains incredible craftsmentship. It is a comprehensive art treasure involving painting, calligraphy, engraving, and sculpture all in one. Apart from being an excellent writing implement, it is also a collectible sought after by literati throughout the ages. Passed down across generations for over a millennium, the Hui inkstick, with its delicate fragrance, will remian captivating as ever.