“People rely on clothes, horses rely on saddles” is a Chinese saying, which means that just like a horse with a pair of exquisite saddles will look particularly beautiful, those who are fashionably attired will stand out.

On an international platform, such as the Tokyo Olympic Games, uniforms of Chinese athletes should not just be aesthetically pleasing, but also represent the Chinese expression of beauty and culture.

At the opening ceremony of the Olympics, the Chinese delegation donned a red dress – a crimson with warm hues dashed with white – that conveyed the theme of a “good start”. The dress had richly carved details borrowed from Chinese culture. For instance, the peony pattern on the buttons worn by women bore resemblance to an ancient tile pattern.

As the national flag was hoisted and athletes made their way to the podium, they encapsulated Chinese pride and strength.

The clothes were inspired by Chinese artist Ye Jintian, who won the Oscar for best art director for "Crouching Tiger, Hidden Dragon". While the "dragon" symbol on the clothes was given a miss, two images were selected to represent the East – the round collar of Tang costume and the body state of "ascending". The dress features on cross buckle and red color–an auspicious color in Chinese culture.

The footwear also carried a surprise element. The design of shoes was inspired by the auspicious cloud and beast pattern from the cultural relic "five stars come out of the East and benefit China"; The inside of the shoe used five words to represent the five planets of gold, wood, water, fire and earth.

The Chinese idiom "figure of dragon and phoenix" is used to describe an extraordinary posture. At the Olympic Games, the phoenix cheongsam gymnastic clothes of the Chinese women’s trampoline team were also trending online. The phoenix pattern on the chest indicated their determination. The mythological bird also symbolizes nirvana and rebirth. The phoenix pattern also appears on the helmets of Chinese cyclists.

The Chinese table tennis team has a roaring dragon splashed on its uniform which boasts of the fierce competition they provide to their opponent. 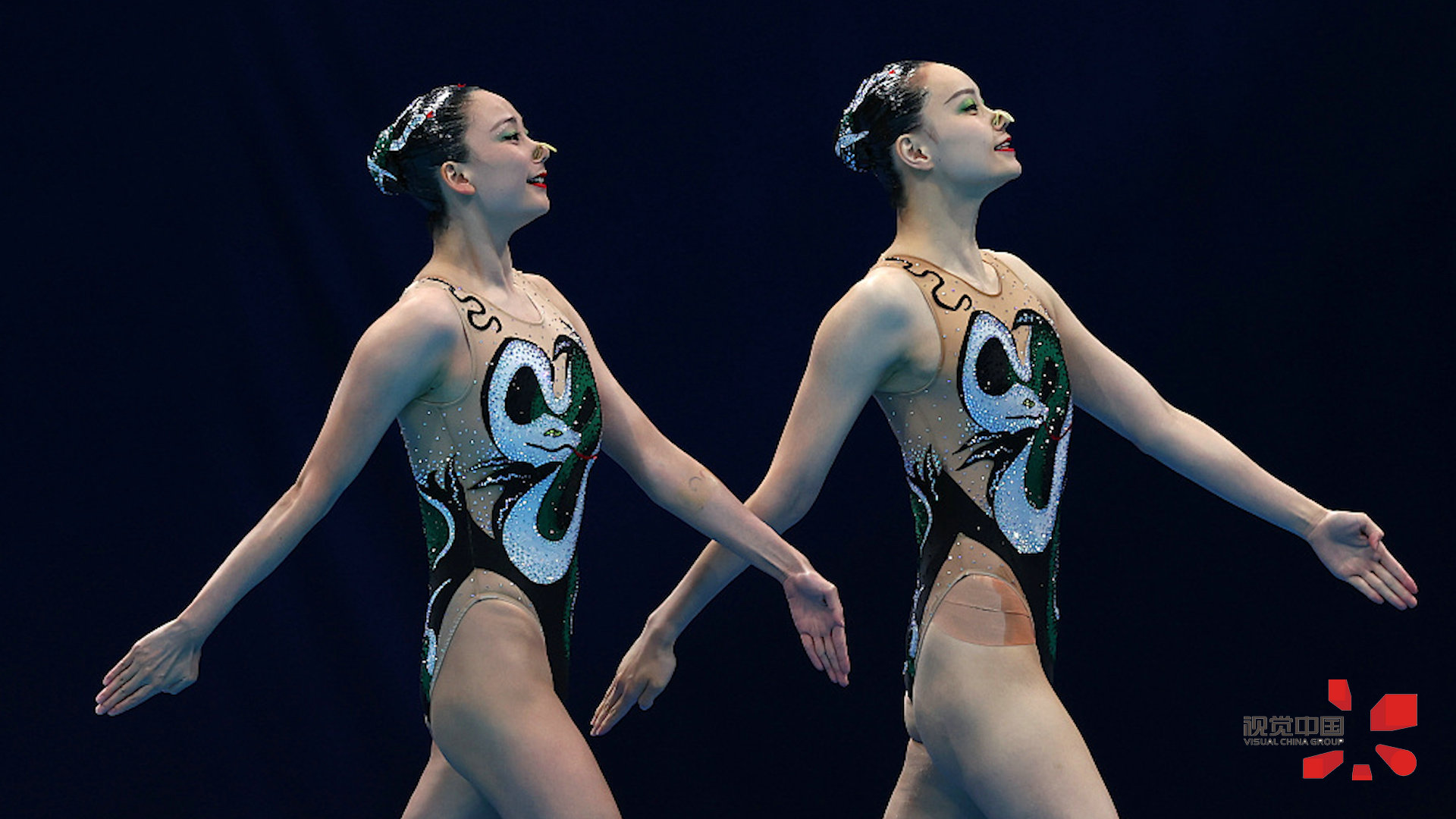 Mask was also an essential accessory for this year’s Olympic Games. The red and yellow colors were taken from the Chinese national flag along with the familiar five-star pattern.

Apart from clothing, there were many other areas where the Chinese imprint was visible in the Tokyo Olympic Games.The global broadcasting was supported by Alibaba cloud technology, andthemountain bike racing vehicles came from Shenzhen…

Both in the stadium and outside, China is making efforts to contribute to faster, higher, stronger and more united Olympic Games while showcasing China's beauty.

There were some heart-warming moments at the games too. There’s a special team---the refugee delegation. At the opening ceremony, the team members appeared in blue suits, which are customized by Chinese brands and embroidered with the pattern of peace doves. May this grand gathering of all mankind always show unity, peace and purity.