5G base stations to proliferate widely 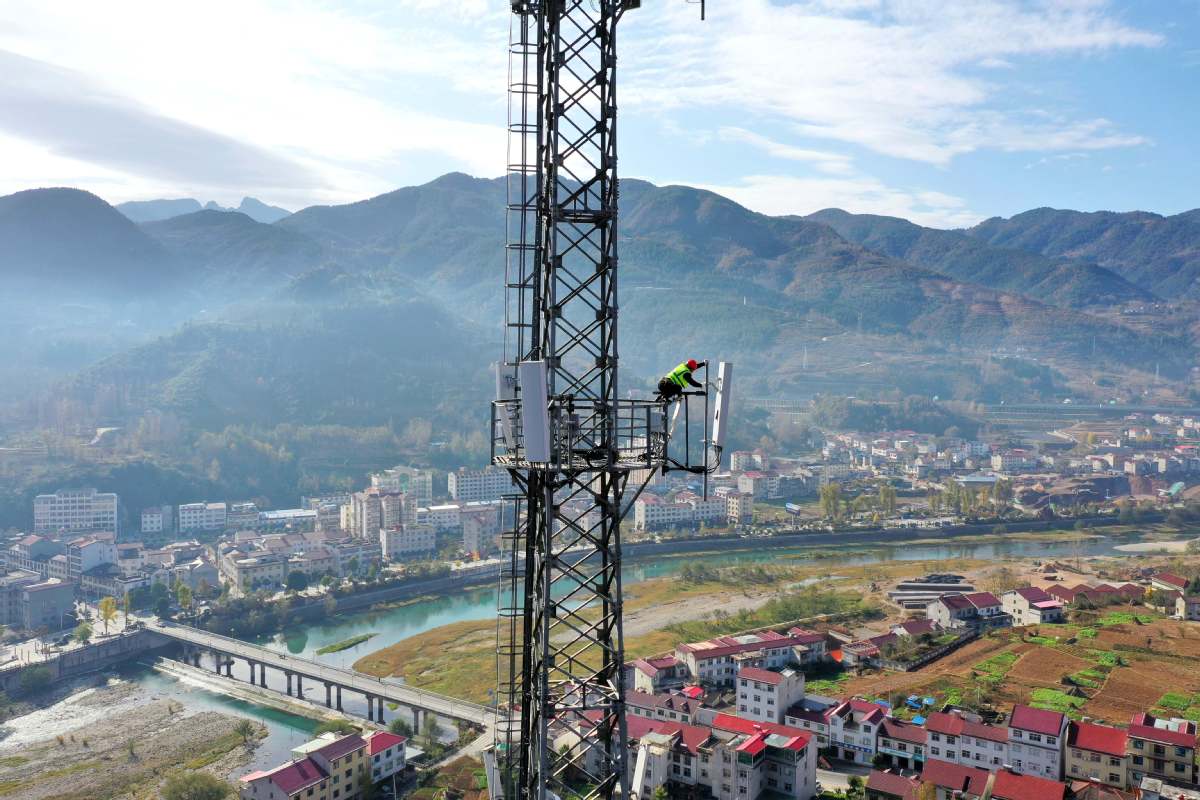 China plans to have 26 5G base stations for every 10,000 people by the end of 2025, as the nation works hard to build a new digital infrastructure that is intelligent, green, safe and reliable, according to a five-year plan unveiled by the Ministry of Industry and Information Technology on Tuesday.

The goal, based on an estimated national population, means that the nation aims to have about 3.64 million 5G base stations by the end of 2025. In comparison, in 2020, there were only five 5G base stations for every 10,000 people in China.

The plan also proposed that the penetration rate of 5G users in China will increase from 15 percent in 2020 to 56 percent in 2021, and by then, 80 percent of China's administrative villages will have 5G signal accessibility.

Xie said that China so far has already built more than 1.15 million 5G base stations, accounting for more than 70 percent of the global total, and 5G network coverage has been achieved in urban areas of all prefecture-level cities, 97 percent of counties and 40 percent of rural towns across the country.

The 5G mobile subscriber accounts in China, numbering some 450 million, make up over 80 percent of the global total, Xie added.

Widening the industrial use of 5G will also be a key focus for China. Xie said 5G has already been used in 22 industries. The application of 5G in industrial manufacturing, mining and ports is relatively mature, where 5G has been expanded from production assistance to core businesses such as equipment control and quality control. Meanwhile, a number of 5G-powered applications have also emerged in industries such as medical care, education and entertainment.

"In the next step, we will work with other parties to focus on promoting 5G applications in 15 industries that target information consumption, real economy and people's livelihood services," Xie said.

"By the end of the 14th Five-Year Plan period (2021-25), China will have built the world's largest and most extensive stand-alone 5G network and basically achieve full network coverage in urban and rural areas," Wang said.

Ding Yun, president of Huawei Technologies Co's carrier business group, said:"5G is no longer for early adopters. It is improving our daily lives. This year is the first year with large-scale 5G industry applications. Operators will need new capabilities in network planning, deployment, maintenance, optimization and operations, in order to achieve zero to one, and replicate success from one to many."

More than 500 pieces of relics have been discovered in recent months at the legendary Sanxingdui Ruins site in southwest China s Sichuan Province,with a complete gold mask dating back about 3,000 years drawing worldwide attention