China goes all out to contain Delta outbreak

-- China is facing new spikes in sporadic COVID-19 infections, as the country recorded 328 new locally transmitted confirmed cases in the past month, a number almost equal to its total number in the previous five months.

-- The new round of infections started on July 20 when some airport cleaners in Nanjing, east China's Jiangsu Province, tested positive during routine testing.

-- Viral genome sequencing found all the strains to be the highly infectious Delta variant and cities hit by the recent resurgence have promptly taken action to curb the spread of the coronavirus. 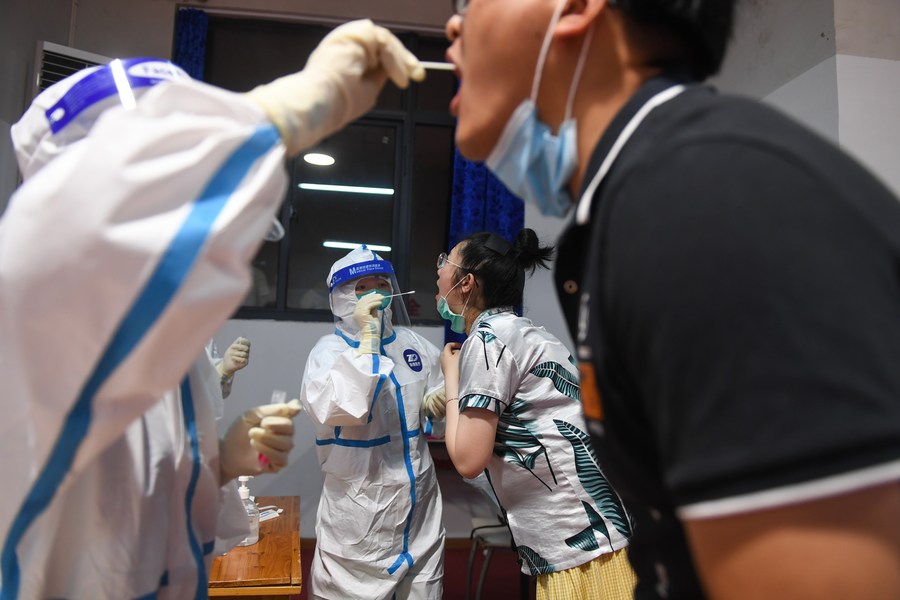 NANJING/CHANGSHA, Aug. 2 (Xinhua) -- China has reported a cluster of COVID-19 infections in the past month, with 328 new locally transmitted confirmed cases registered in July, a number almost equal to the country's total number in the previous five months.

The country's latest novel coronavirus outbreak stems mainly from a flight that departed from Russia and landed in Nanjing, capital of east China's Jiangsu Province.

Further viral genome sequencing has found that all the strains in the recent resurgence of COVID-19 were the highly infectious Delta variant, which can contribute to a faster and wider transmission among a large population, according to He Qinghua, an official with the National Health Commission.

Currently, the virus variant has spread to more than 10 provinces. Since July 20, Hunan Province in central China, where the other center of the recent virus resurgence is, reported 19 new locally confirmed cases. 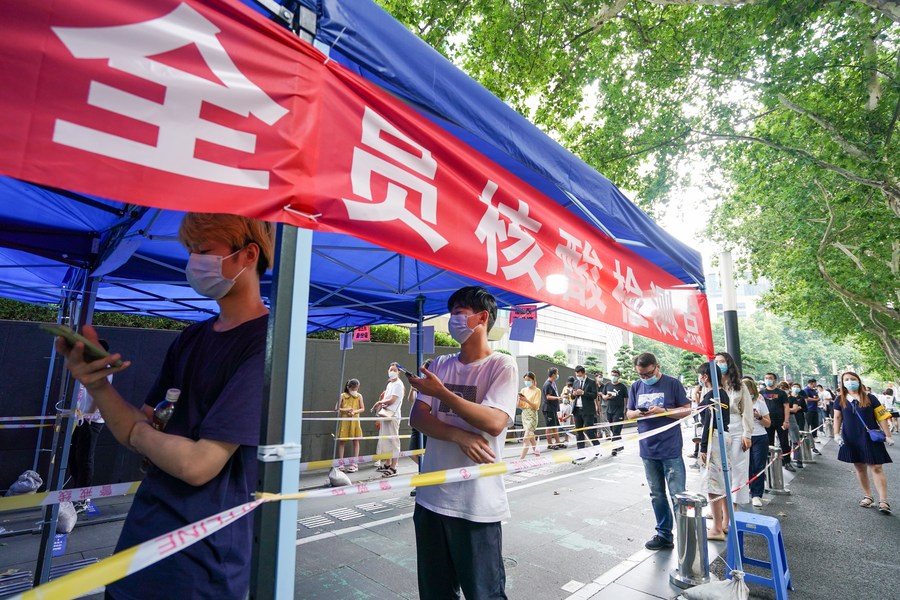 With a population of more than 9.3 million, Nanjing reported a total of 215 locally transmitted confirmed cases since new cluster infections began to emerge on July 20, the day when some airport cleaners at the Nanjing Lukou International Airport tested positive during routine testing.

Meanwhile, with tightened prevention and control measures in place, Nanjing has manifested a downward trend in its newly confirmed cases, with the past three days logging six, 14, and 11 cases, respectively.

Prompt action and stringent implementation of measures in the initial stage of the coronavirus outbreak are thought to be central to mitigating spillovers of the Delta variant.

Jiangsu has canceled all flights at Lukou International Airport since July 30. Anyone leaving Nanjing must present their negative nucleic acid test certificates issued within 48 hours before their departure.

The province also sent relevant information of travelers who had visited the city of Nanjing since July 6 to their destination provinces and cities.

In the Tangshan branch of the Second Hospital of Nanjing, the city's designated hospital for COVID-19 treatment, over 1,000 beds are ready. All its 297 hospitalized patients are receiving customized therapies.

To make the most vulnerable stave off the contagious variant, Nanjing launched closed-off management in all its nursing institutions for the aged since July 20. 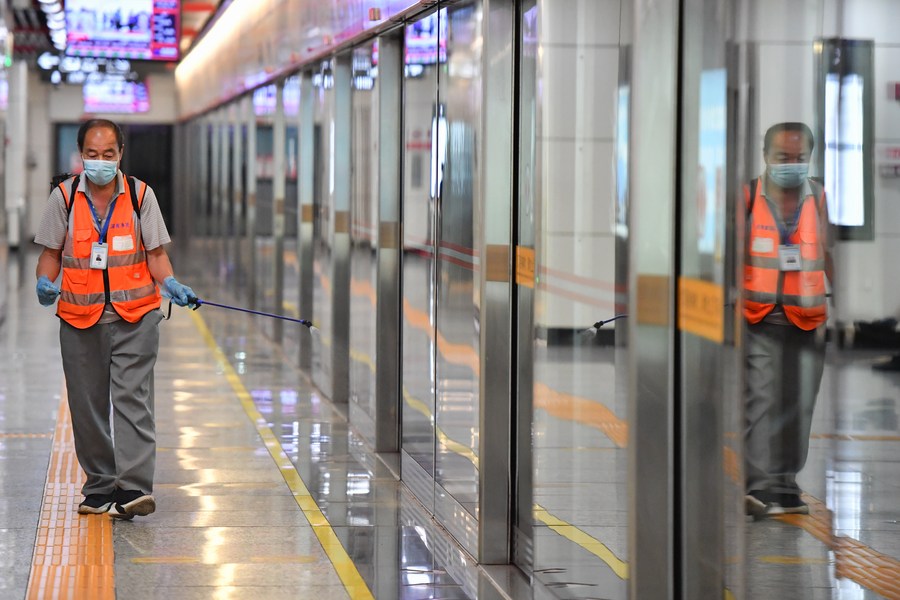 The city of Zhangjiajie, a renowned tourist resort in Hunan and another center of China's latest infections, closed all its tourist sites starting Friday.

All its tourists are asked to take three nucleic acid tests and receive negative results for COVID-19 before they leave the city. The scenic spot also sent warm reminders to the stranded to provide necessary guidance.

The Delta variant is estimated to be almost twice as transmissible as the original strain. It spreads much faster and is more likely to induce severe symptoms among patients, said Feng Zijian, a researcher at the Chinese Center for Disease Control and Prevention.

Nevertheless, similar to the recent resurgence of coronavirus in Guangzhou, which was also triggered by the highly contagious Delta variant, most patients in this outbreak have shown mild symptoms, said Zhong. 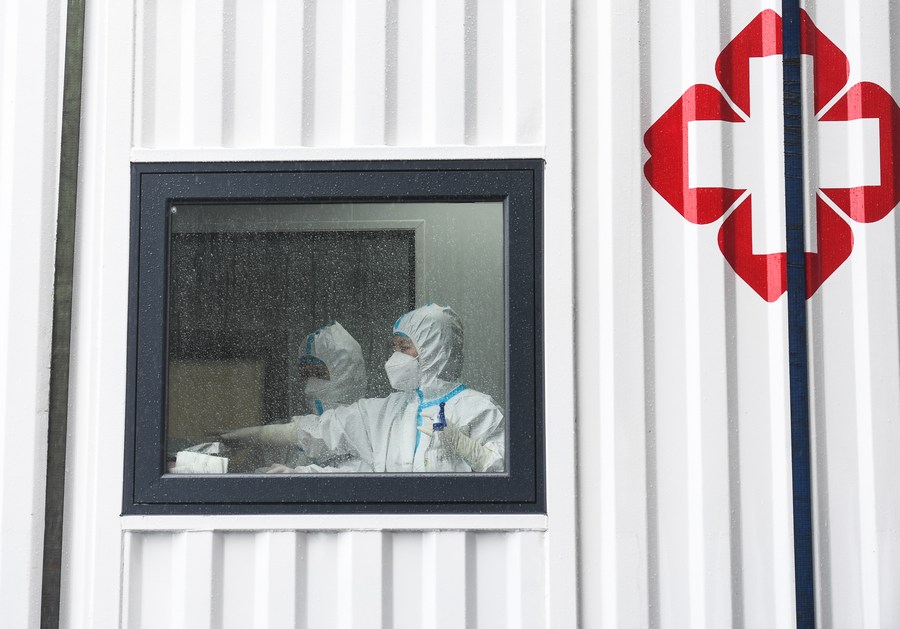 Considering the transmission chain has extended to other parts of China, Zhong stressed the importance of control and prevention in communities and wearing face masks in densely populated areas.

The outdated interpretation of "close contacts" no longer applies to the Delta strain due to its high load, virulence, and infectivity, Zhong said.

Building a herd immunity is needed to combat the Delta variant, which can be achieved with around an 83.3-percent vaccination rate in China, said the expert.